BMW has released full details of its latest iteration of the iDrive system. Underpinning the UX is BMW’s Operating System 8, a new generation of displays, controls and software, coupled with connectivity solutions and data processing capabilities. BMW says iDrive will be rolled out gradually across all vehicle classes, making its debut later this year in the BMW iX before also featuring in the BMW i4. According to the company, the operating system is designed with a clear focus on dialog-based interaction using natural language and touch operation.

BMW states that it has based the operation of the screen on an “Act, Locate and Inform” principle, which ensures information is distributed clearly and screen redundancy is avoided. It claims that pre-filtering ensures that only information relevant to the driving situation is presented to the driver – and always shown where they can absorb it as quickly and easily as possible. Notably, the display as an impressive resolution of 200ppi.

Voice control and the touch function of the display were prioritized as usage options in the development of the system and as such, BMW claims the number of buttons and switches has been reduced by almost half. At the same time, control clusters for relevant and frequently used basic functions are retained where customers expect to find them. 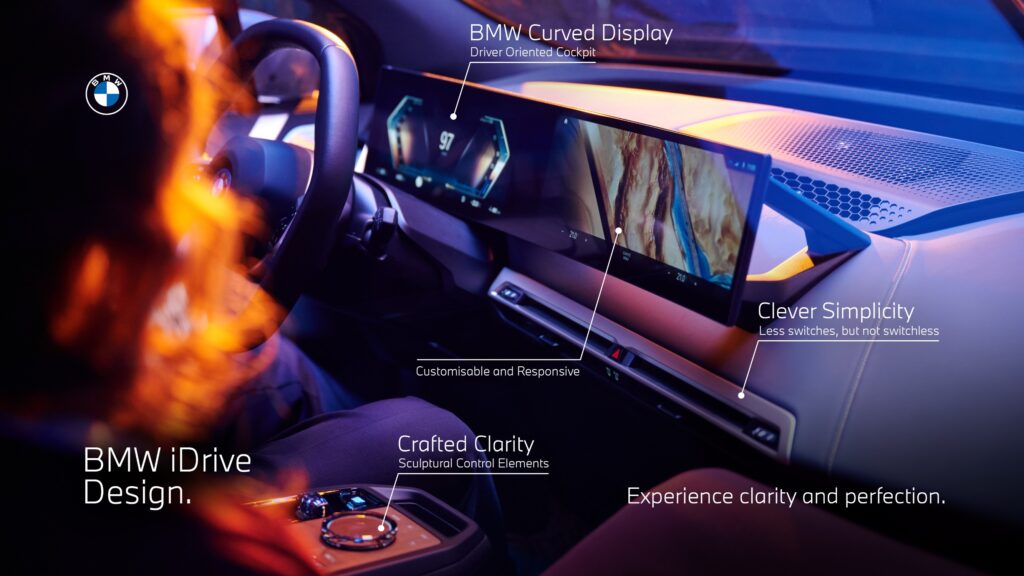 The two-axis operating system enables vertical list navigation via a rotating key, as well as toggling between menus by tilting the control horizontally. The driver can switch between three layout types and various widgets according to personal preference or the driving situation at hand. For example, in the Drive layout, drivers can use a dynamically changing area in the center of the information display to show individually selectable information. The Focus layout, meanwhile, has been designed for extremely dynamic driving situations. Finally, the Gallery layout largely minimizes the driving information view to clear as much space as possible for widget content.

BMW notes that control of the air conditioning system will also be incorporated into the display in future, with the company stating that customers should seldom need to adjust any of the climate control settings. To make this possible, all temperature and comfort functions are set to be intelligently controlled together. Each further adjustment is registered by the system and stored in the user profile so they do not have to keep making the same adjustments.

The company states that an ideal pre-set configuration has been developed based on the evaluation of more than 440 million customer journeys across all model classes and regions of the world. Besides fan speed (airflow) and air distribution, the automatic climate control also regulates the steering wheel and surface heating as well as the seat heating and ventilation in order to ensure optimum levels of thermal comfort. To make operation of the air conditioning system as energy efficient as possible, the automatic climate control considers a host of other factors, including the number of occupants, where they are sitting and the intensity and direction of the sunlight. 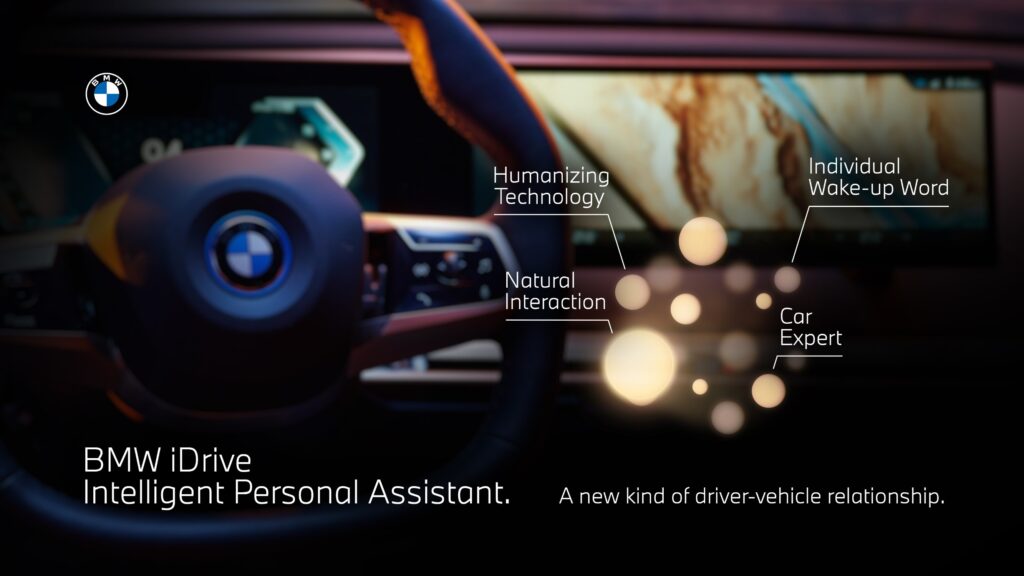