The October 2018 issue is now available online! Packed full of news, interviews and features, including:

TECH INSIDER : ZF’s Trendsetting Cockpit prototype – A re-imagining of what the interior of the future could look like for delivery vehicles and robo taxis

DESIGN PROFILE – Ernst Reim, Ford The chief of interior design at Ford Europe talks about his career and how vehicle interiors are changing

FEATURE : Going the distance – Taking inspiration from a range of industries, car seating is becoming more comfortable for the long haul 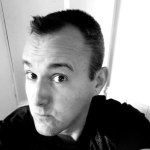