You are at:Home»News»Dash»Interior details of Gordon Murray T.50 unveiled

In an era where supercars are piling on the tech, be that in the form of complex infotainment systems or ADAS facilities, Gordon Murray’s T.50 lightweight supercar, unveiled this week, has a different take on interior design.

The car is minimalist, but Murray is adamant that this is not at the cost of driver comfort. However, the primary aim of the T.50 is – according to the designer – to provide pure driving pleasure rather than luxury. “From the first touch of the titanium throttle pedal to the V12 screaming at 12,100rpm, the driver experience will surpass any supercar ever built. No other road car can deliver the package of power, instant responsiveness and driver feedback in such a direct and focused way while remaining comfortable, refined and usable every day,” stated Murray.

The interior is decidedly analog, by design. Behind the centrally mounted rev counter, there is a digital display showing the driver key information on the car’s functions and the various driving settings. Either side of the driver are small screens providing a rear view, in place of mirrors.

The T.50 is equipped to handle Android Auto and Apple Car Play, but when it comes to interacting with the car, the majority of operations are completed using physical switches, with those for the most commonly used functions arrayed around the central dash. There is also a 10-speaker, 700W audio system, which of course has been optimized to reduce weight without sacrificing quality.

In line with the idea that the car has to be practical as well as exhilarating, there is provision for an impressive 288 liters of luggage space, including storage on either flank of the engine compartment. Only 100 T.50s will be produced, with the first cars targeted for delivery in 2022. 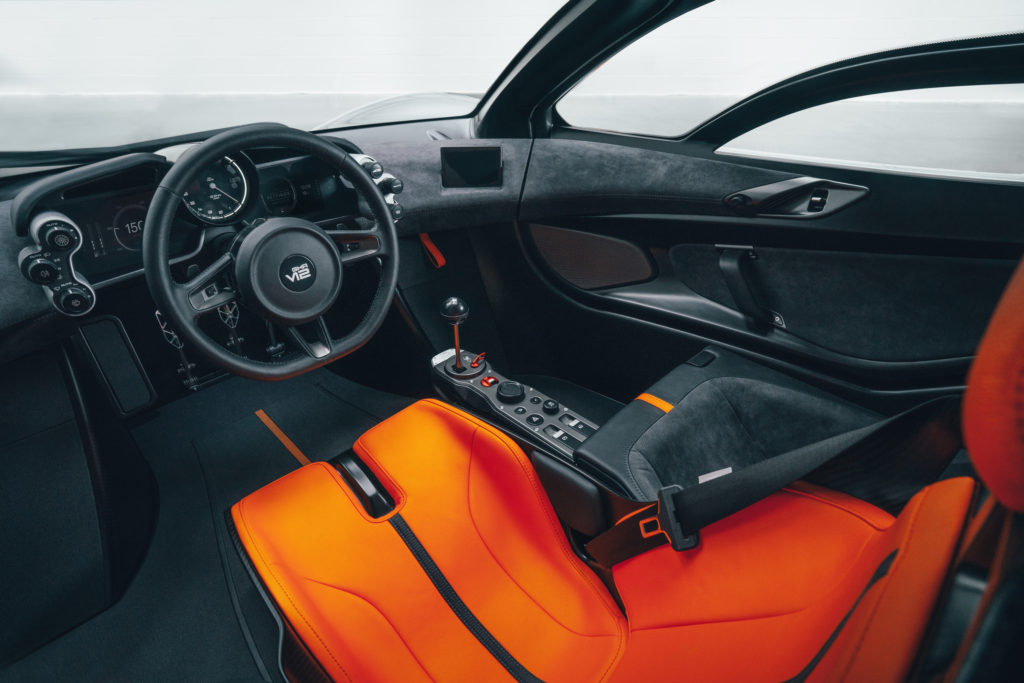