You are at:Home»News»Infotainment»Porsche reveals details of latest infotainment system

The sixth generation of the Porsche Communication Management (PCM) system is to be integrated into the Porsche 911, Cayenne and Panamera models.

Major updates include the integration of Apple Music and Apple Podcasts into the PCM, and wireless Apple CarPlay support. Alongside this, Android Auto features for the first time, enabling smartphones running the Google Android operating system to be integrated into the Porsche infotainment system when plugged in via a USB cable – enabling the use of all functions and apps.

The Voice Pilot voice assistant has also been updated and is now capable of understanding commands spoken in a natural voice. Phrases such as “Hey Porsche” will enable drivers to carry out a range of commands without taking their hands off the wheel, while other phrases such as “I need petrol” will enable navigation to the nearest filling station. As a permanently online system, the voice assistant will continue to learn, and support the driver by providing more information.

Further revisions to the navigation system have made it faster and clearer to operate for the driver by taking into account real-time traffic information. Roads with varying levels of traffic will be shown in different colors on the PCM screen. Porsche says that the system will now benefit from OTA (over-the-air) software updates.

“We have succeeded in combining the classic radio experience with the modern streaming experience,” commented Martin Bayer, manager of navigation and infotainment at Porsche. “It is not just about listening to audio content, but rather the in-depth integration of Apple Music and Apple Podcasts built into the Porsche infotainment system. With Apple Music built in, the driver can add a song they hear on broadcast radio to their Apple Music library or, if the driver likes a particular artist on the radio, they can switch to a custom Apple Music station that will only play that artist’s music.”

Later down the line, Porsche says the PCM 6.0 system could also become the basis for adaptive soundtracks, in the form of music that adapts to the driving style via a Soundtrack My Life app, designed by Porsche Digital, currently in beta form. 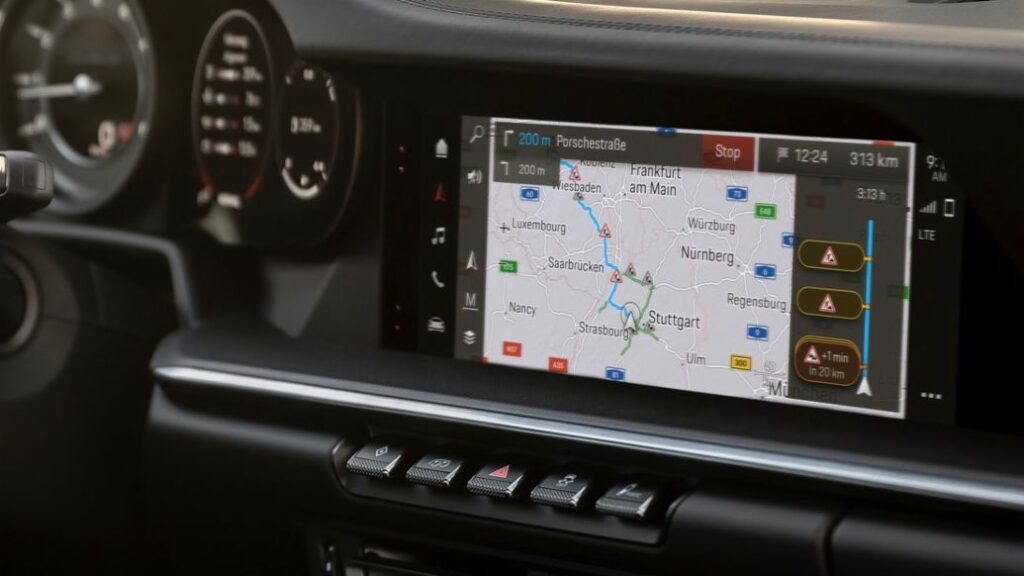