You are at:Home»News»Displays»Interior changes for Bentayga S Hybrid and Azure Hybrid models

Two new luxury models are being added to the Bentley Bentayga family in the form of the Bentayga S Hybrid and Bentayga Azure Hybrid.

Inside the four-door Bentayga S Hybrid, occupants are met with a contemporary interior which features crafted hide components and Dinamica as a small nod to the materials use within motorsport. This can be selected in a range of color splits to create a sporty aesthetic in the cabin. For the driver, a digital instrument panel displays performance design dials and a PHEV power meter which is partnered with a rev counter. Additionally, fluted seating, S emblems on the fascia, and illuminated treadplates and headrests feature.

The Bentayga S models also feature a Hybrid Sports Exhaust which brings sound into the cabin and can be tuned for different effects between the front and rear seats.

For the Bentayga Azure Hybrid, the OEM has prioritized the well-being of drivers and passengers by introducing a multitude of interior changes. These include an acoustically isolated cabin with ensures the sound of the 3.0-liter V6 petrol engine and its electric motor are kept as quiet as possible. Following a four-year research program which showed people exposed to traffic noise over 70db were 65% more at risk of depression, Bentley tested its Bentayga EWB and proved its interior was between 4% and 26% quieter than competitor vehicles depending on frequency and occupant position within the cabin.

The Bentayga Azure Hybrid also benefits from Front Seat Comfort Specification, which enables up to 22-way adjustability and a heating and ventilation function to maintain the optimum body temperature to promote occupant comfort and alertness.

When working to develop the OEM’s concept of well-being behind the wheel, Bentley’s Azure development team partnered with Katherine Templar-Lewis, a creative neuroscientist from Kinda Studios, whose research on external factors that influence stress was key in defining the concept which the Azure feature suite embodies.

In-car lighting, patterns, in-car posture and thermal comfort were all evaluated by the neuroscientist and then paired with Bentley’s measurements to provide a science-based analysis on the experience of traveling within a Bentley. 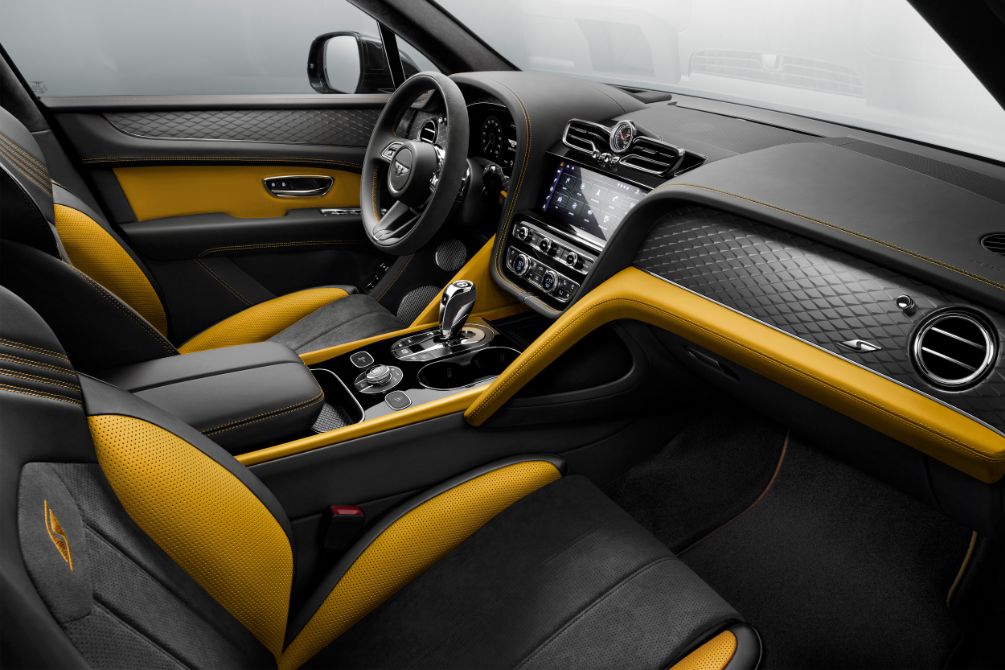