You are at:Home»News»HMI»Bentley builds on already luxurious interior specs

Following the launch of the first-generation Bentayga SUV, manufacturer Bentley found that one in five customers opted for its four-seat comfort specification, which provided reclining rear seats rather than a bench unit. To capitalize on this popularity, for the recently launched facelift model, rear legroom has been improved through the use of a newly designed and relocated backboard separating the cabin from the trunk area.

As a result, Bentley said the maximum recline of the rear seats has been increased from 32° to 40°, and the fore and aft travel has been increased by 35mm. This combination delivers a claimed 100mm improvement in knee room in the reclined position, helping to make luxury travel even more comfortable.

Additionally, the company noted that all of the seats in the revised model have been redesigned and now have a more sculptured shape, particularly around the shoulder area. The new specification also adds further rear seat content including seat ventilation (in addition to seat heating as standard), a selection of six different massage programs, and a winged comfort headrest. Bentley’s Mulliner Console Bottle Cooler is available as an option, housing a fully integrated drinks cooler for a 750ml bottle, and two handcrafted Cumbria Crystal Flutes.

To access the additional seat functionality, rear seat passengers benefit from a technology upgrade from the previous model thanks to a larger touchscreen remote control tablet, similar to that introduced in the company’s Flying Spur model. It states that the 5in display uses more contemporary graphics and has extra processing power through an onboard quad-core processor and 1 GB of RAM. The unit can control a range of functions, from rear seat heating and massage, to the media system and navigation, to mood lighting, and electric windows and sunroof blind. 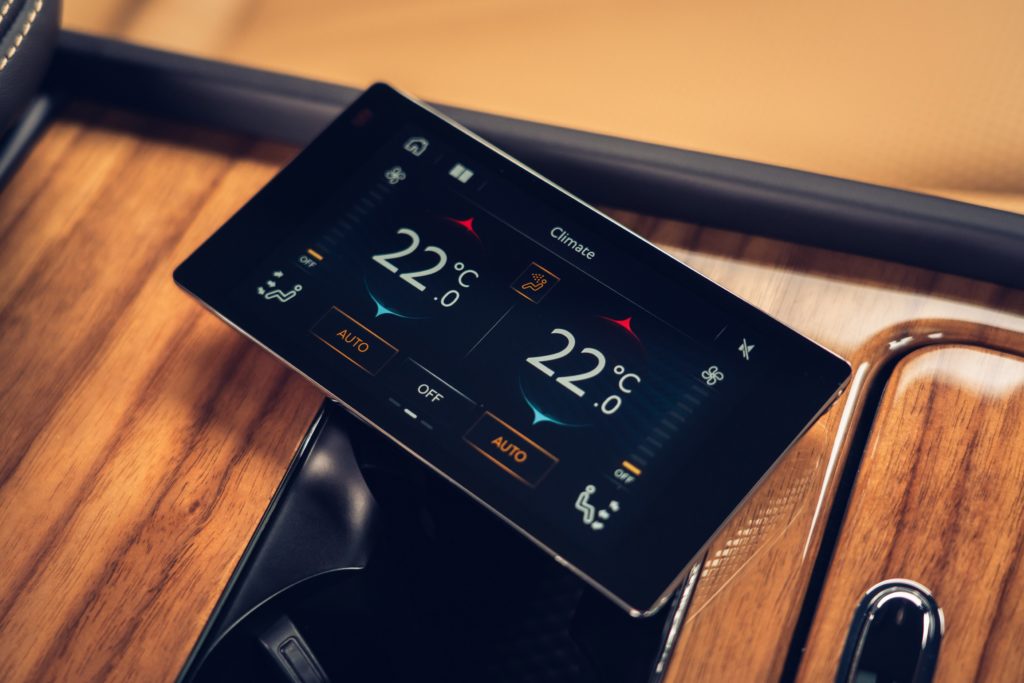