Rightware, the developer of the Kanzi automotive HMI development tool, has announced that its latest release, Kanzi One, is now capable of running seamlessly on the standard Android framework. The company states that with Kanzi One, car makers can easily adopt Android for their in-vehicle infotainment systems while leveraging all of its advanced design features and HMI functionalities.

“Despite the advantages, HMI developers know how complex it is to build an HMI that runs on Android and interacts seamlessly with this framework, no matter the HMI toolchain used. We have tackled such complexities for over a decade and, with Kanzi One, we can finally state that they belong in the past.”

The entire Kanzi architecture has been renewed for full compatibility with the standard Android application framework and workflow. The official Android programming languages and SDK can now be used for the creation of Kanzi applications and plug-ins. For instance, Android developers can write plug-ins in Java or Kotlin within Android Studio using the Kanzi Java API and export them to Kanzi Studio for data binding with the UI. Kanzi libraries and graphics assets can be imported into Android Studio to build new apps with the standard Android workflow and the rich graphics offered by Kanzi.

Thanks to native Java support, Kanzi-made UIs integrate within the Android application architecture, following all the rules, constructs and lifecycles of regular Android apps. Kanzi Views can be combined with Android Views coming from the Android system or from the third-party ecosystem, and Rightware says it is easy to build apps with multiple UI fragments on a single page while ensuring the right behavior for touch events, transparency, UI composition, and so forth.

Rightware highlights that Kanzi still retains its cross-platform promise, giving car makers the ability to run multiscreen HMIs seamlessly on each hardware and software platform in the car – not only the Android-based ones. This improves development workflow because all graphics assets created with Kanzi can be reused – for instance on the cluster, the HUD and the Android IVI system – ensuring a consistent look and feel across all the car’s displays with minimal effort. 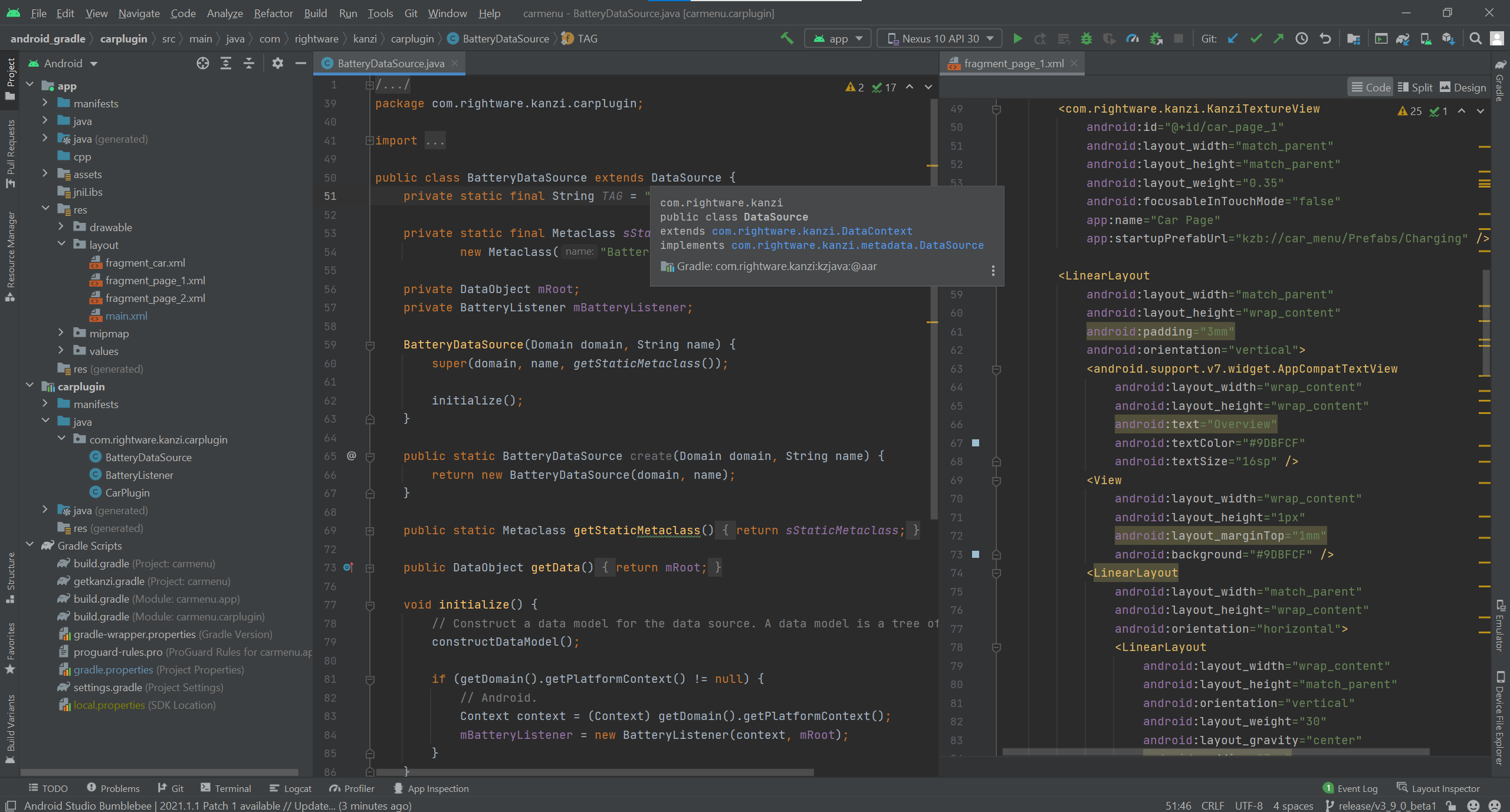