You are at:Home»News»HVAC»Ford to release new fleet-wide air filter system

Ford is to roll out a new standard certified cabin air filter system, called Ford Refresh95, across the majority of its line-up by the end of 2023.

Compared with its existing filters, Ford says the new design aims to reduce the concentrations of microscopic particles that can originate both inside and outside a vehicle’s interior. This is particularly important because, according to the US EPA, particles smaller than 10 microns in diameter, particularly those smaller than 2.5µm, pose the greatest risk to health.

The new filters are claimed to trap at least 95% of particles under 2µm, which covers exhaust particulates and road dust, while also preventing ingress of 99% of larger pollen particles. The filter design was put through comprehensive third-party lab certification testing, including pressure drop testing, to verify that it remains effective throughout the recommended service interval. 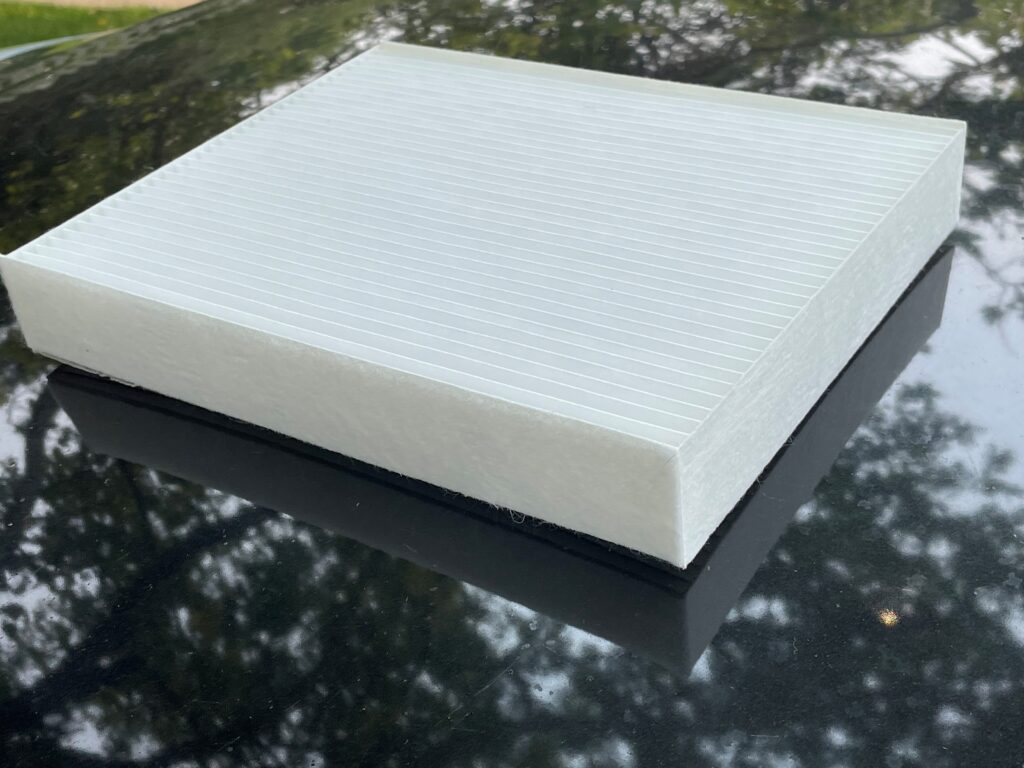 Ford Refresh95 is Ford’s new standard advanced cabin air filter. As air moves through a vehicle’s heating, air conditioning and ventilation system, Ford Refresh95 aims to help reduce microscopic particles that can originate both inside and outside a vehicle’s interior. For demonstration purposes only.