Škoda has launched an app that alerts drivers if they have inadvertently driven the wrong way down a road. The new Traffication app, developed in collaboration with Bosch, provides early alerts and vital information about traffic issues and hazards. A standout feature of the software is a warning issued when a driver attempts to enter a motorway slip road in the wrong direction, an action that would result in them driving against the flow of traffic.

Although the situation may seem an unlikely one, 26% of drivers surveyed by Škoda admitted to having driven down a road in the wrong direction at least once, with 15% of drivers owning up to repeating the error multiple times. Furthermore, 41% of respondents said that they knew someone who had mistakenly done so, and 65% had witnessed another driver doing it. Škoda says its study of wrong-way driving involved 2,000 drivers across the UK.

Instances of wrong-way driving were recorded across a wide variety of roads. Although the majority of respondents said they had experienced wrong-way driving in an urban or residential setting, the consequences of failing to realize such an error on higher-speed roads can be far more severe.

Beyond alerting owners to their own potential mistakes, the new application can also immediately draw their attention to dangers that are already developing ahead. When the Traffication app is in use, the vehicle’s infotainment display notifies the driver when they are set to encounter a traffic hazard on an upcoming stretch of road. An early warning is displayed when the system detects stationary vehicles with their hazard warning lights flashing – after a breakdown, for example – on the road ahead, helping drivers to better prepare to safely pass the stranded vehicle.

The new app also complements the infotainment system’s navigation function. By displaying information on traffic conditions, it enhances safety without becoming a source of distraction for drivers. The app always runs in the background; there is no need to enter a destination in order to receive hazard warnings. It is available for vehicles equipped with infotainment systems based on the third-generation Modular Infotainment Matrix. The app is compatible with the Columbus system in the Superb, Karoq and Kodiaq, and the Amundsen system in the Scala and Kamiq. Škoda says it will be made available to other models later this year. Installing the app is straightforward and can be done from within the vehicle, Škoda claims.

Additional plans for the development of the Traffication infotainment app are already underway, with wrong-way driving alerts to be shared with other Škoda vehicles in the surrounding area. Further scheduled upgrades include displaying messages about weather and road conditions as well as the option to have the system read notifications out loud. In addition, drivers will be able to report hazards themselves to keep other road users informed and up to date. 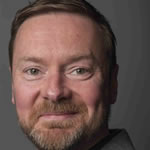 With over 20 years experience in editorial management and content creation for multiple, market-leading titles at UKi Media & Events (publisher of Automotive Interiors World), one of the UK's fastest growing publishing companies, Anthony has written articles and news covering everything from aircraft, airports and cars, to cruise ships, trains, trucks and even tires!