You are at:Home»News»Seating»Honda implements new seat design for revised Jazz

When reimagining the next generation of its Jazz supermini, Honda engineers and designers were united in their ambition to put driver and occupant comfort at the heart of all their decision making.

This entailed considering all elements of the car as one development team, meaning decisions affecting vehicle structure, design and ergonomics were made simultaneously. This resulted in a significant step forward in performance from its predecessor, including in interior comfort.

A key product that has resulted from this is a newly developed body-stabilizing seat frame, with a supportive mat structure. The new front seat mat structure is placed at both the bottom and back of the seat and replaces the S-spring design of previous models.

Additionally, the introduction of a wider seat bottom has allowed the seat pad depth to be increased by 30mm with the extra softness immediately noticeable when seated. This new structure, combined with the increased padding, allows the cushion to flex moderately but, crucially, to not bottom out.

An enhanced structure in the back of the seat increases lumbar and pelvic support to create a body stabilizing effect. According to Honda, this helps to prevent fatigue, particularly in the hip and waist area of occupants on longer journeys. Additionally, the new structure makes it easier to maintain a comfortable and stable driving posture, even when cornering and on uneven road surfaces. 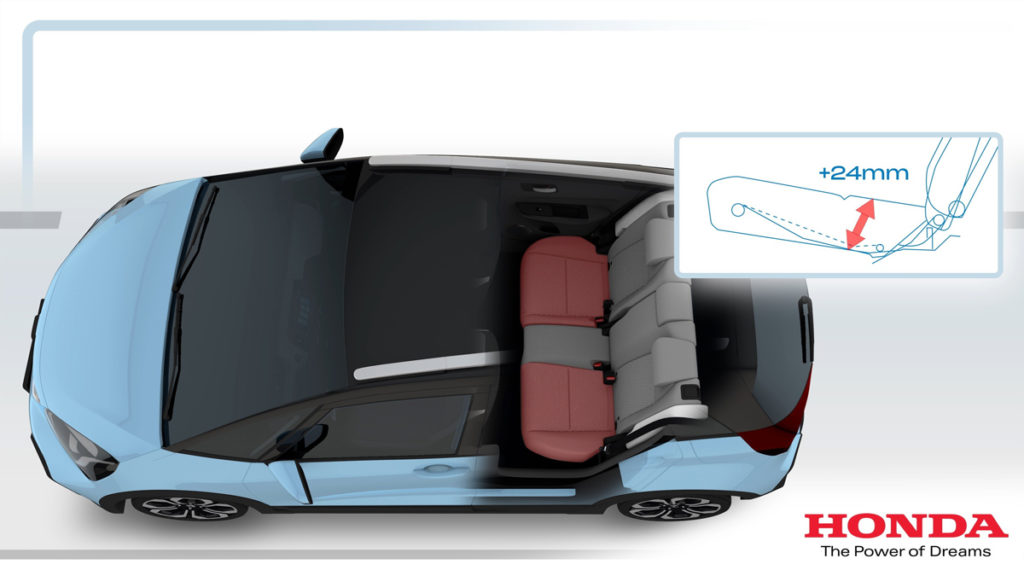 The seats are also tapered toward the top of the seatback to provide the cushion volume needed to fully support and envelop an occupant’s back. An added bonus of this is that this tapering design provides a wider space between the front seats making it easier for front and rear occupants to communicate. The lowest point of the seat height is 14mm closer to the ground, which, combined with more rounded front corner cushions, makes it easier to enter and exit the car.

Honda invested considerable effort in ensuring that its engineers had an in-depth understanding of how seating position and body posture contribute to comfort and stress. For example, it instigated a thorough research process studying muscular stress, employing instrumentation such as an electromyograph to gauge muscle strain. This detailed work produced a greater understating of exactly which parts of the body need support and how that support can be best afforded in order to increase comfort.

It was not only the front seats in the Jazz that benefited from innovations to improve comfort – the rear seating was also addressed. For example, by moving the seat hinges outside of the rear seat back frame, the development team were able to increase the padding thickness by 24mm.

The ergonomics of the rest of the Jazz’s cabin space had also been reassessed. Through a series of subtle adjustments, Honda was able to greatly reduce the physical stress of driving. These changes included positioning the brake pedal deeper inside the footwell, reducing the need for the seat position to be adjusted for comfortable pedal operation. The angle of the brake pedal was also changed, enabling an increase in foot angle of 5° for a more natural pedal action, while the seat has been repositioned accordingly to provide the optimal thigh support. 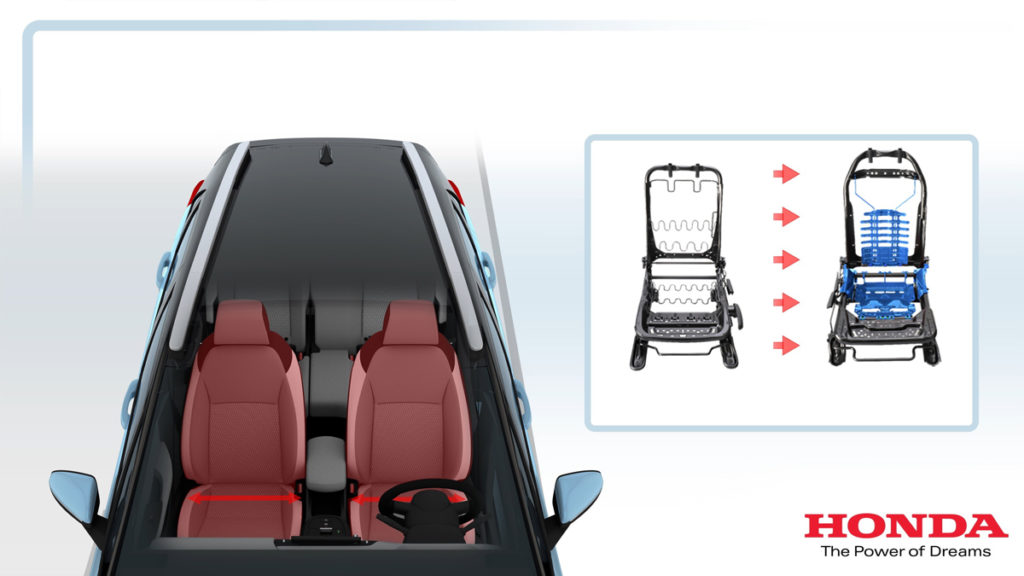 The range of steering wheel reach adjustment was also altered, bringing the wheel center up to 14mm closer to the driver. When combined with a steering wheel angle that is now 2° more upright than in the previous model, the amount of arm and shoulder movement required to reach the steering wheel is reduced, improving shoulder-seat separation by 18mm.

rear comfort considerations throughout the structural design process had what Honda says is class-leading legroom of 989mm, with the front seat guiding rails moved further apart and the width between the rails increased.

Additionally, the fuel tank was packaged in the center of the chassis beneath the front seats – a unique feature in its class – allowing the new Jazz to retain the versatile rear Magic Seats that offer both ‘fold-flat’ or ‘flip-up’ seat flexibility, depending on cargo space required.