German OEM Audi has announced the second of three sphere concept cars. Measuring 5.35m in length, the Grandsphere is described as a sedan that offers the same comfort levels expected in luxury private travel and a Level 4 automated driving experience.

As passengers climb into the vehicle through the reversed doors, the first visible change is no B-pillar. This is followed by a pathway in the form of displays and ambient lights to usher passengers into the cabin. The vehicle can then detect the positions of both the driver and the passenger and consequently adapts seating positions and climate control settings to suit the individuals’ preferences. Furthermore, the occupants’ recently used services such as news or infotainment then automatically resume.

The vehicle is arranged as a 2+2-seater. The front seats feature discreetly bent bolsters and backs to hold occupants when cornering. The rear two-person bench has an armrest and integrated belts, as do the front seats. 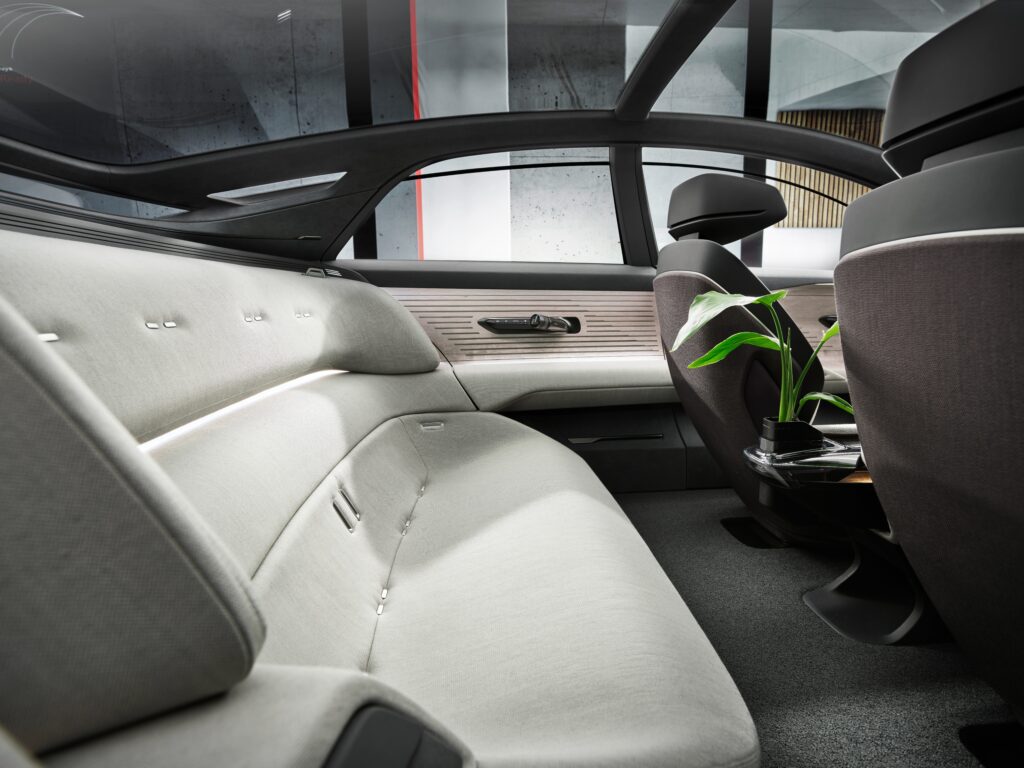 In a Level 4 autonomous setting, seatbacks tilt to 40° and occupants can take full advantage of the vehicle’s infotainment systems. The seats can then be reclined further, to 60°, to achieve what the OEM calls a perfect resting position.

Alongside this, no dials, instruments or virtual display concepts are visible until driving functions are activated. Synthetic textile fabrics instead of leather, along with other sustainably sourced or recycled raw materials, take their place and have been utilized to improve the vehicle’s level of sustainability. In keeping with the Grandsphere’s luxury interior concept, between the front seats, hidden under a metallic trim, is an onboard cooler complete with two glasses and a bottle.

To enhance the feeling of space when in the autonomous Level 4 driving mode, the steering wheel and pedals disappear into the front area of the vehicle, leaving the cabin open for passenger movement and providing an improved view through the Grandsphere’s large front and side windows. At this point, occupants can take advantage of the driver’s cockpit, which has now changed into a spacious lounge-type area with a multitude of Audi systems on offer for communication, relaxation or work. When in autonomous mode, the Grandsphere can pick up passengers and handle parking and charging independently.

Displays are shown as projections on wooden surfaces below the windshield; depending on either a manual or autonomous driving scenario, these are distributed over the entire width of the vehicle between the driver, the passenger, or both. These projection surfaces double as screens for infotainment or video conferences on the move. 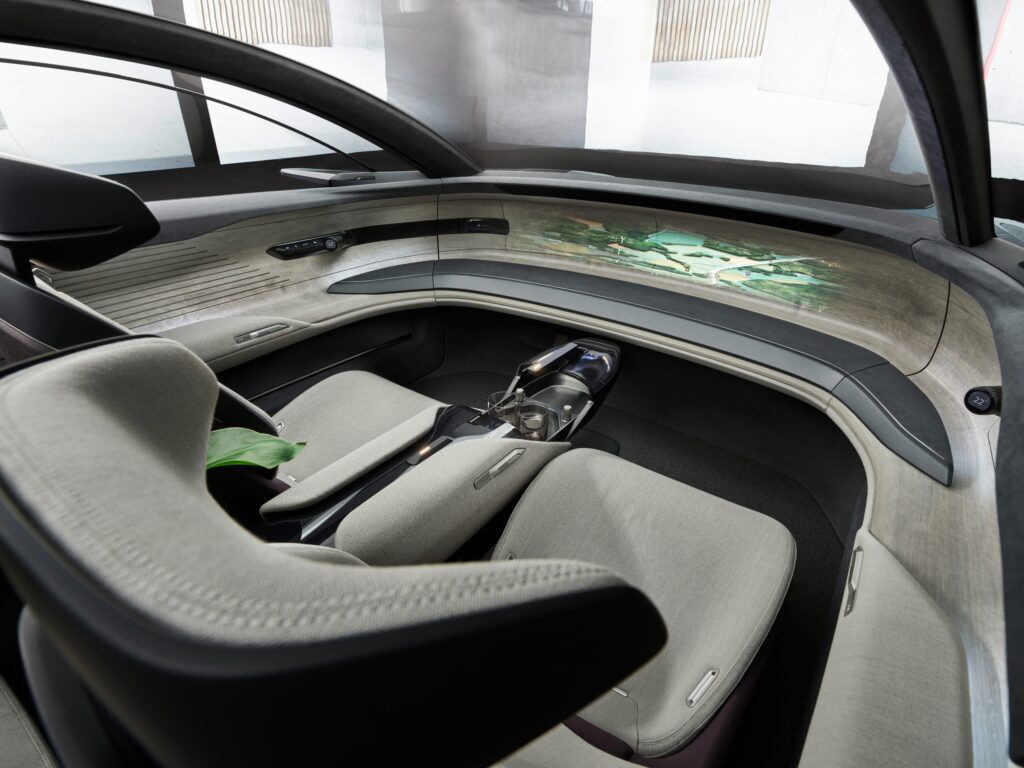 In addition to these controls, Audi is to introduce a system called the MMI touchless response. Located near the door cut-out on the interior is a rotary ring and buttons that the driver can use to haptically select various functions. However, if the driver reclines the seat for Level 4 driving and can no longer reach these controls, a combination of eye tracking and gesture controls is used to carry out vehicle changes. The passenger can also make hand motions to change functions. Control panels feature on the doors’ armrests, and VR glasses are located within the armrests to be used alongside the Grandsphere’s infotainment systems.

Audi has announced that it will work with Volkswagen Group’s global software think-tank, CARIAD, to introduce new technology, ideas and concepts later this decade. 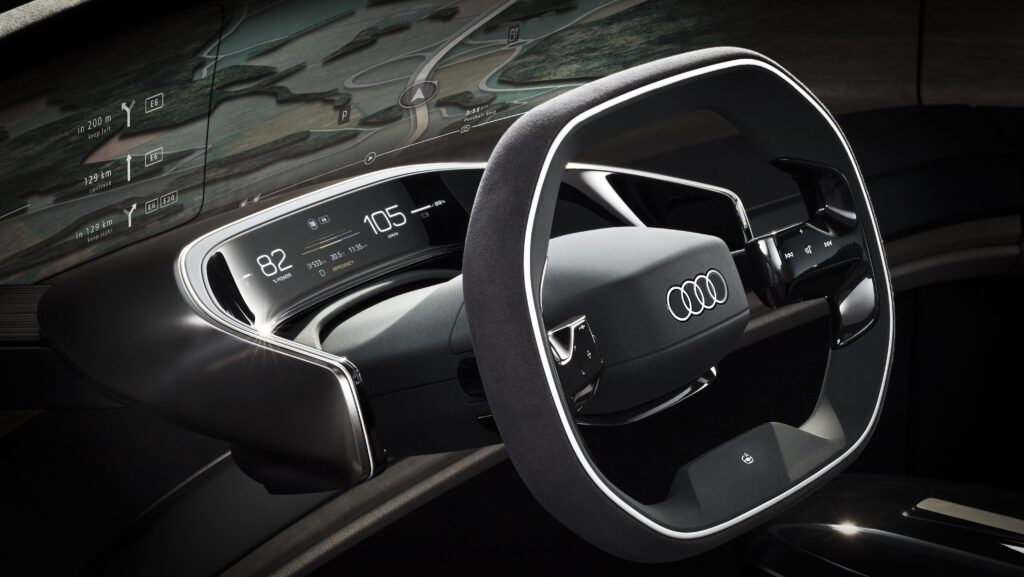