You are at:Home»News»Connectivity»Mercedes goes wide with latest MBUX interface

Mercedes has released details of its latest MBUX (Mercedes Benz User Experience) Hyperscreen, which will be available in its EQS models and consists of a large, curved screen unit that stretches across almost the entire width of the vehicle. With software capable of self-learning, Mercedes says the display and operating concept adapts to its user and makes personalized suggestions for various infotainment, comfort and vehicle functions.

Thanks to the so-called zero layer, the company notes the user does not have to scroll through sub-menus or give voice commands, with the most important applications offered in a situational and contextual way at the top level in view. “With our MBUX Hyperscreen, a design vision becomes reality,” said Gorden Wagener, chief design officer Daimler Group. “We merge technology with design in a fascinating way that offers the customer unprecedented ease of use. We love simplicity; we have reached a new level of MBUX.”

Blending several displays into a single surface, the screen is surrounded by a continuous plastic front frame. Mercedes notes that its visible part is painted using a three-layer process, which achieves a particularly high-quality surface impression due to extremely thin intermediate layers. OLED technology is used in both the central and passenger displays. 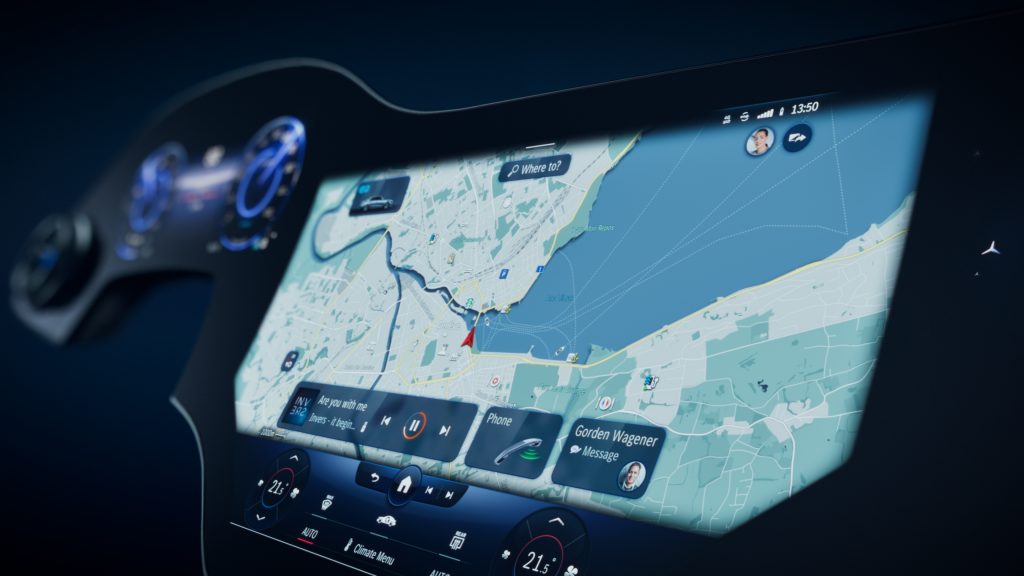 Navigation on the MBUX Hyperscreen

Mercedes states that it has investigated the usage behavior of the first MBUX generation and found that most of the use cases fall in the navigation, radio/media and telephony categories. To this end, in the latest MBUX the navigation application is now always at the center of the screen unit with full functionality. The company also presented four use cases for the predictive functionality of the system when it comes to providing occupants with information and suggested task: 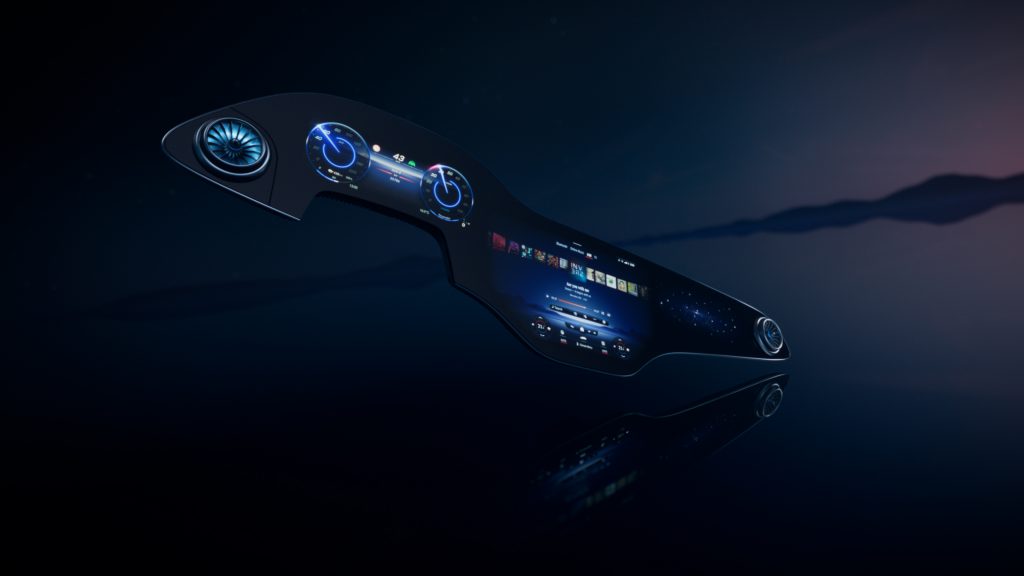