You are at:Home»News»Dash»OEMs major on practicality with new models

The past week has seen manufacturers VW, Renault and MG release new mid-size cars onto the market. Following its ID.3 model, VW has finally unveiled the larger ID.4, based on the company’s modular electric drive matrix (MEB) architecture.

VW claims the car (top) divides the interior space dedicated to the occupants and technology in a new way which favors passengers. Specifically, it states that interior space is on a par with conventional SUVs in the next size category up, and depending on the rear seat backrest’s position, the luggage compartment boasts a capacity from 543 liters to 1,575 liters.

In the cockpit, the operating concept does not depend on physical buttons and switches, and is instead based on two displays, with a main, 12in unit providing the bulk of information to occupants. Further interior styling elements include the company’s ID.Light – a narrow light strip under the windshield – which alerts drivers to events such as incoming calls. An augmented reality head-up display is also available, providing functionality such as navigation arrows telling drivers to turn off. The software and hardware in the ID.4 have been developed using VW’s new digital architecture and as such, can be updated over the air. 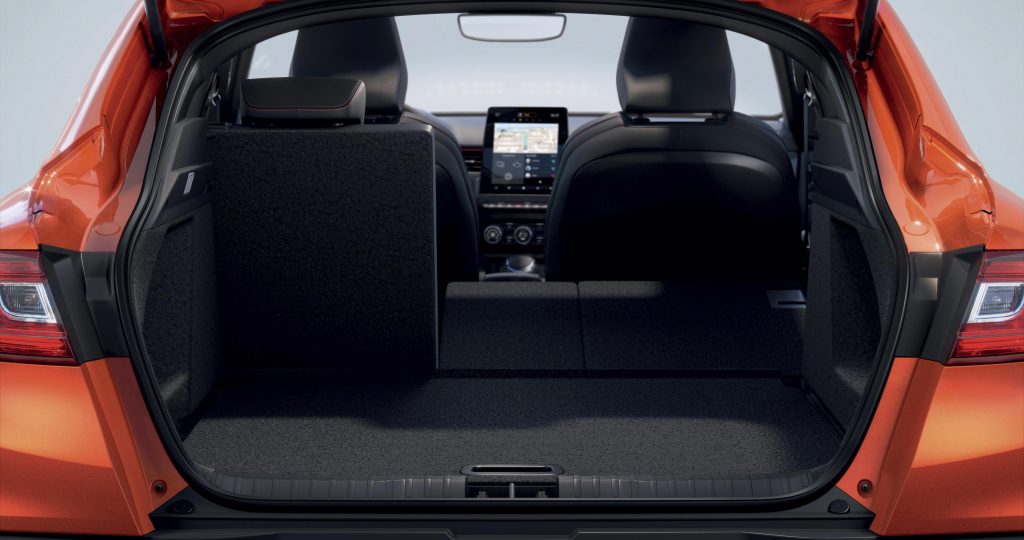 Renault, meanwhile, has fielded its latest entry to the coupe-SUV crossover market, the Arkana, which it claims provides the levels of practicality expected of an SUV. despite a coupe body style. The company highlights that the trunk has a load capacity of 513 liters and features a raised floor and seats that can be folded completely flat. Meanwhile, the front of the cabin offers a large amount of storage space, including a storage net on the passenger side with door pockets each large enough to hold 1.5-liter bottles.

Noteworthy interior elements include an upper dash section covered with a soft feel foam lining, with each trim level having a unique lining strip. The sport orientated R.S. Line models have specific interior trim, with a carbon-finish dashboard and door lining, a red trim running along the top of the dashboard and a black roof. Embellishments such as red topstitching on the leather steering wheel as well as the mixed leather/suede-like upholstery and door panels, further mark out the sports models.

Finally, MG has unveiled its latest pure electric vehicle for the UK market, the MG5 EV. The car is a reworking of the Chinese market Roewe Ei5 estate and majors on practicality, with a trunk offering 518 liters of volume with the rear seats in place. When the 60:40 split bench is dropped, this increases to 1456 liters.

Though not a premium model, front seat occupants still get six-way (for the driver) and four-way adjustable seats, with the option of leather on the Exclusive trim level. There is also an 8in touchscreen central display, with the now-to-be-expected Android Auto and Apple CarPlay compatibility, coupled with a six-speaker audio system. 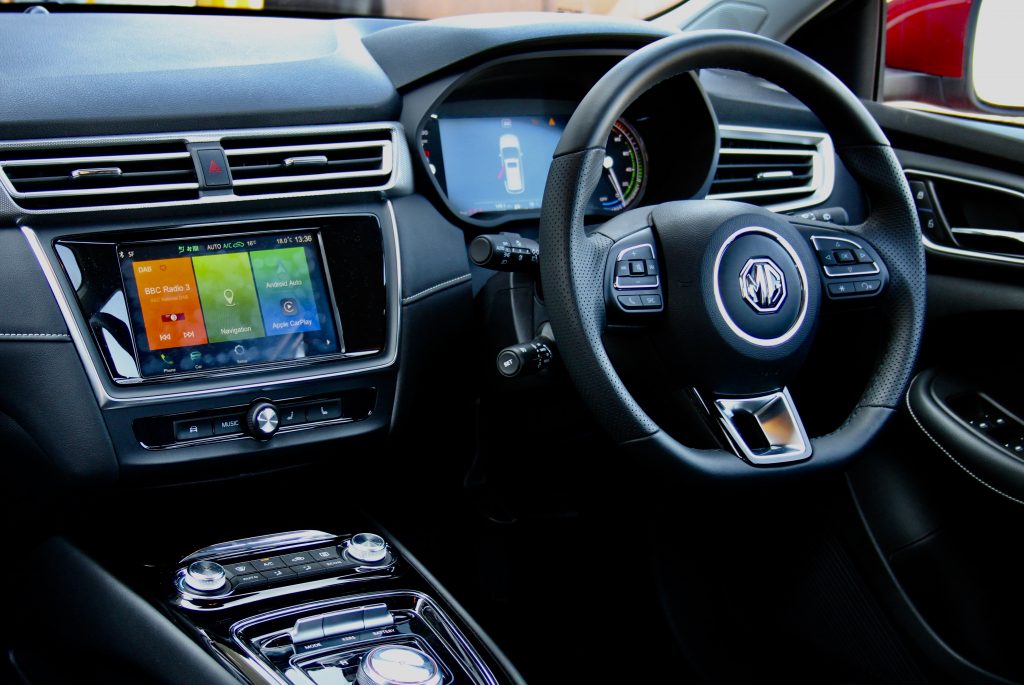