You are at:Home»News»Infotainment»Lexus NX to feature all-new infotainment system

Lexus’s latest NX model will feature a completely new multimedia system that the manufacturer says is more powerful, responsive and intuitive to use than its predecessors. Scheduled for launch in late 2021, the second generation of Lexus’s mid-size luxury SUV will be available with various different infotainment specifications.

The standard system, Lexus Link Connect, is operated using a 9.8in central display with a combination of touchscreen controls and physical buttons. An anti-glare surface helps make images clear to see in all lighting conditions, while a significant increase in computing power ensures quicker response.

On higher grade models the Lexus Link Pro system uses a 14in high-definition screen that’s said to be among the largest in the NX’s class. Notably, Lexus says the speed of the central processing unit (CPU) is 3.6 times faster than that in the current NX’s multimedia system.

As well as new hardware, additional functions and services are being introduced, including cloud-based navigation that can access real-time route and traffic event information via the car’s data communication module (DCM) for more efficient journey planning. Lexus notes that by using the DCM, the system does not draw on the customer’s data plan (a four-year data package will be included in the NX’s purchase price, covering over-the-air map and vehicle system updates, including Lexus Safety System+).

The company states that voice recognition has also been improved with the introduction of the new Hey Lexus assistant and response to more conversational-style requests. Wireless smartphone integration is provided with Apple Car Play, and Android Auto can be used with a wired connection.

Outside the car, customers can use the Lexus Link app on their smartphone to control new functions, such as locking or unlocking the vehicle and controlling the air conditioning system to heat or cool the cabin before making a journey. 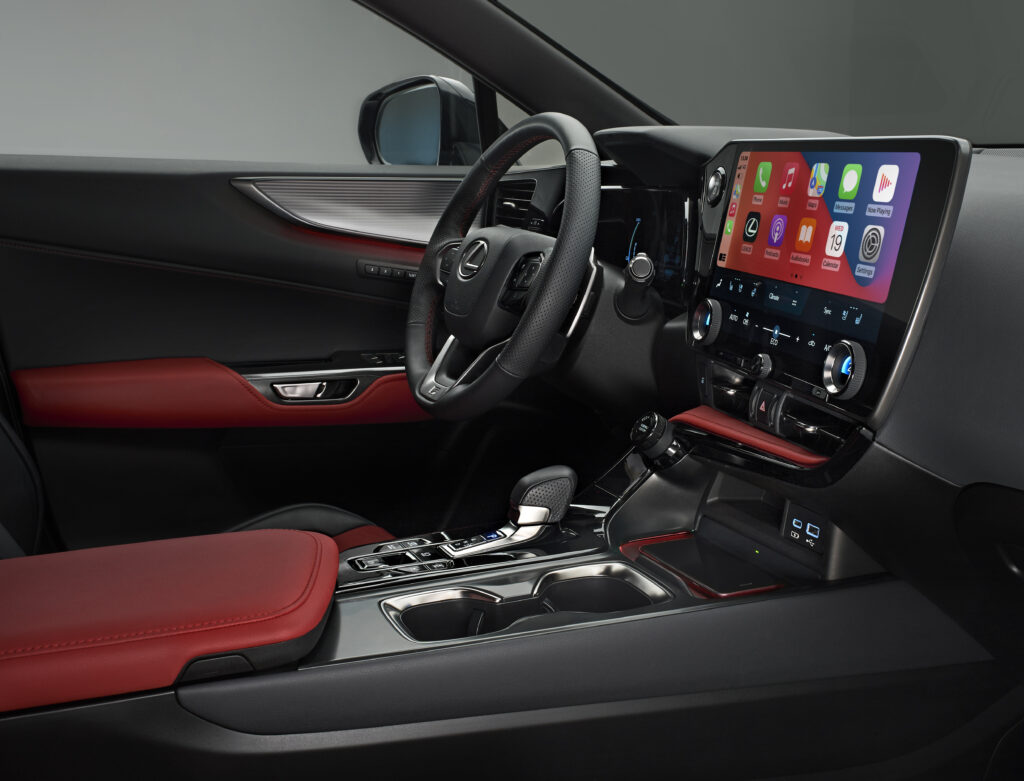