In its recently published book Porsche Unseen, the sports car manufacturer showed off 15 never-before-seen design studies. Among them was the Renndienst, a concept van which can carry up to six people, and which resembles the VW racing service van that once served the factory racing team. From the outside, it’s futuristic and edgeless – inside, it’s a modular travel cabin.

Talking through the interior design for the Renndienst, Porsche chief designer Michael Mauer (below) explains, “We thought about how we could still give a distinctly Porsche flair to a passenger compartment that is so far removed from the classic sports car interior. And how autonomous driving could be designed.”

On this second point, Mauer notes, “We don’t assume that our customers want to give up using a steering wheel.” However, the potential for future autonomy did inspire the central driving position of the Renndienst. “When I want to drive, I want to have more cockpit feeling than in any other car. And when I don’t, the driver’s seat can be rotated 180° – with one swivel, it turns to face the other passengers. We worked on materializing these basic ideas for about a year,” the chief designer remarks. 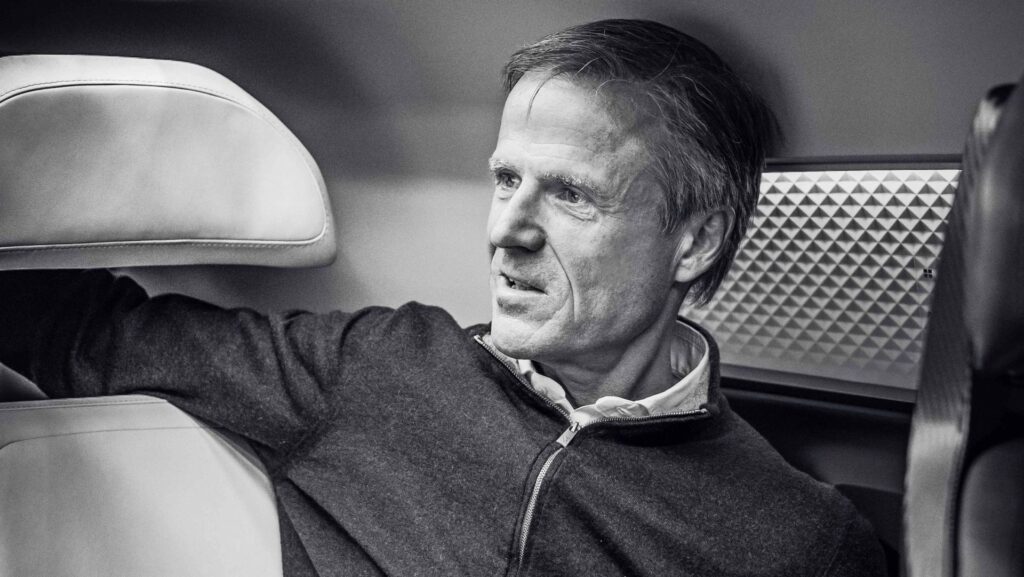 The vehicle’s overall interior UX is dedicated to the digital lifestyle and the relationship between driver, passengers and vehicle. “In the Taycan, we have shown how much we think ahead,” adds Ivo van Hulten, director of user experience design at Porsche. “Now we were looking at a possible next overall innovation. For this, we thought and worked from the inside out.”

To this end, the side windows are designed asymmetrically. “One side is closed; passengers can retreat there,” points out interior design chief Markus Auerbach. “The other side enjoys a large window bank for an unobstructed view outside. When we close the doors, the interior feels like a protective capsule.” 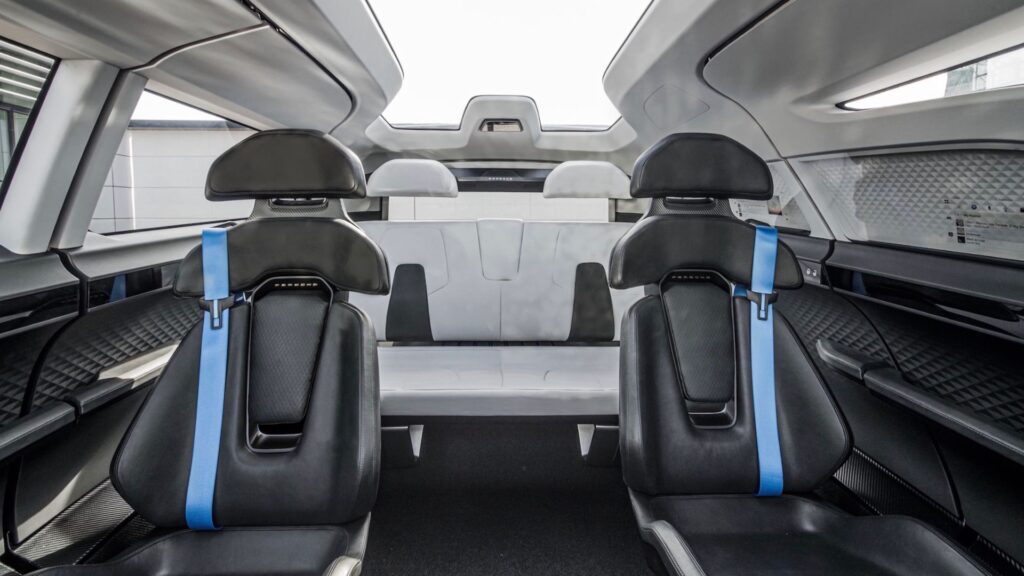 As a result, the designers assert that a feeling of security and comfort dominates the modular interior. The passengers in the first row sit offset to the right and left in ergonomically shaped bucket seats. They can enjoy an unobstructed view of the road ahead and of their own dashboard screens. The rear seat headrests are installed in a floating position, which allows a clear view through the rear window. The luxury of adaptable space is made possible by the powertrain: fully electric and hidden in the underbody. 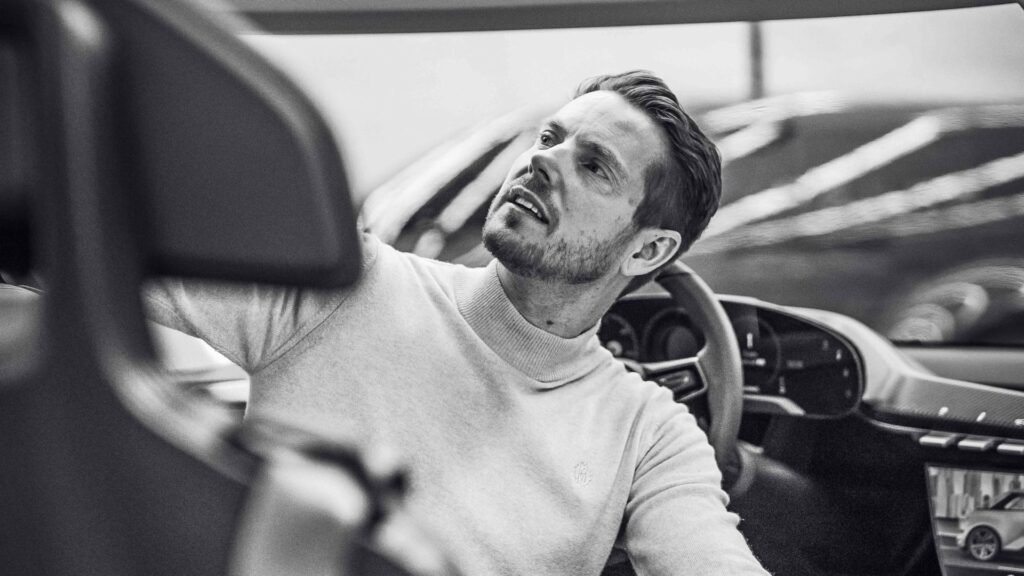 Van Hulten (above) emphasizes that the demands of its clientele are changing: “In the past, the hunger for something new was satisfied with the purchase of the product. Today, many young people are no longer just fascinated by the aesthetics of a product, but by the opportunities it offers them. The questions are: Is the interior modular enough to adapt to changing circumstances even a few years after purchase? Will I be able to run updates remotely and around the clock?”

However, Auerbach reinforces that good interior design still relies on the physical environment: “A digital journey can open a gateway to a universe for us, but it can never replace the physical experience. A car is a space that moves whether I’m driving it myself or not. The seats in this van have been designed for movement; they hold and support the body.” 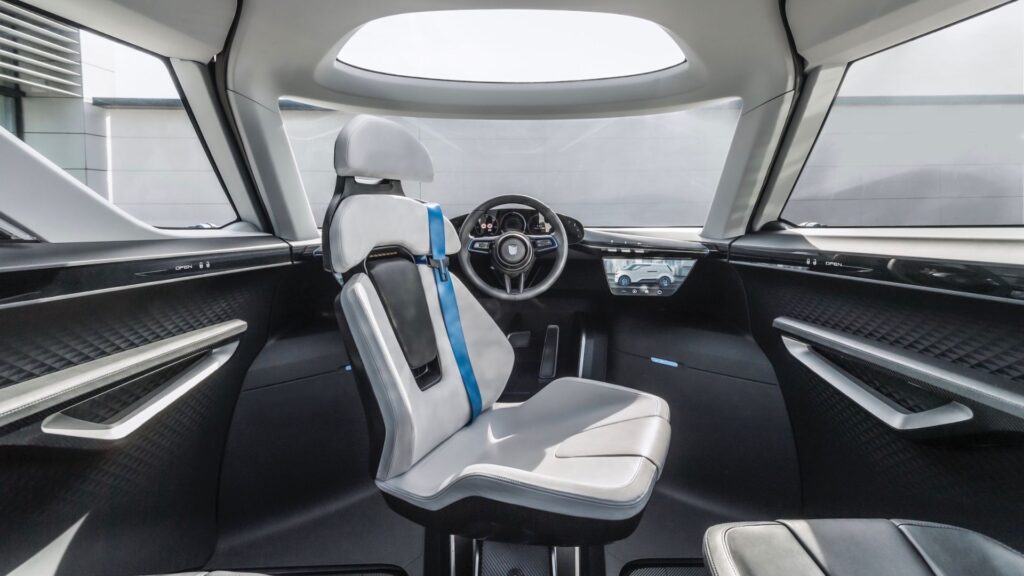 He highlights the sports seat in the second row to the back bench seat, which resembles a lounge: “The bench seat allows a different sitting angle due to its curved sides – we can turn toward each other. It is a particularly communicative area that invites relaxation, offering alternative seating positions for talking, working and relaxing.”

“Seen from the outside, a Porsche is a sculpture, a work of art. The interior adds another dimension. Cars with an unsatisfactory interior do not survive for long, because no emotional connection can be built with them,” summarizes Auerbach (below). 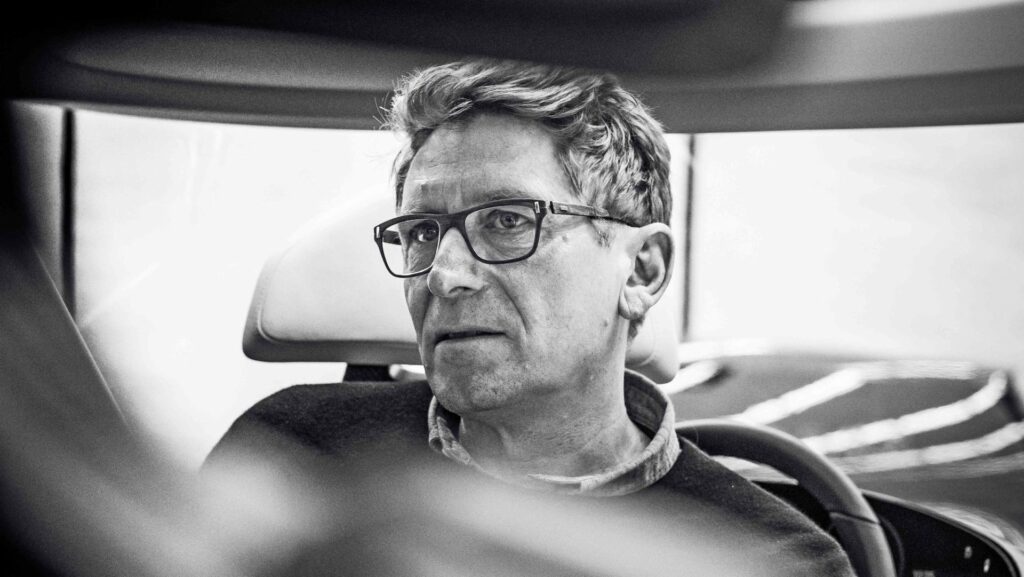 Interestingly, and contra to the direction taken by some manufacturers with their HMI systems, the Porsche designers still feel there is a place for analog controls, rather than just touchscreens. “The balance between analog and digital control panels is shifting. Nevertheless, haptic buttons in the vehicle cockpit are perfect because you don’t have to take your eyes off the road. However, if one day, as the driver, I have much less to do, that may change too. But we cannot solve everything through optics, because otherwise we lack dimensions,” states Auerbach. 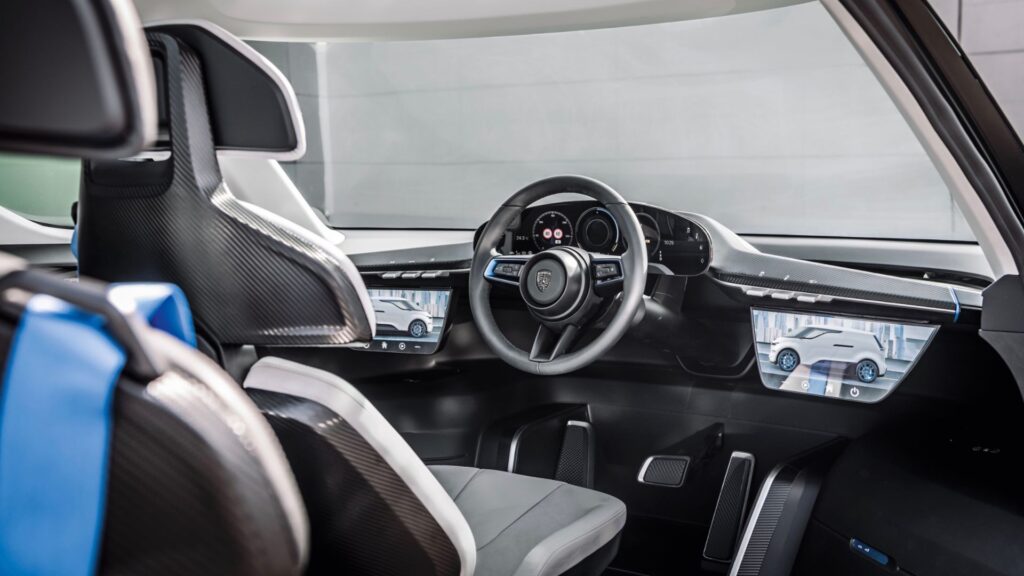 In the next step of the Renndienst’s development, van Hulten wants the vehicle to gain a soul. He recalls the American TV series Knight Rider, which he enjoyed watching as a child. “K.I.T.T., the talking car, fascinated me. The strong team of the protagonist and his vehicle really captured my imagination. I connected with the car because it had a soul,” he says. Referring to the study, he asks the question: “What kind of daily interactions do we plan– in 30 years, will we call our car and then it will come around and pick us up?” 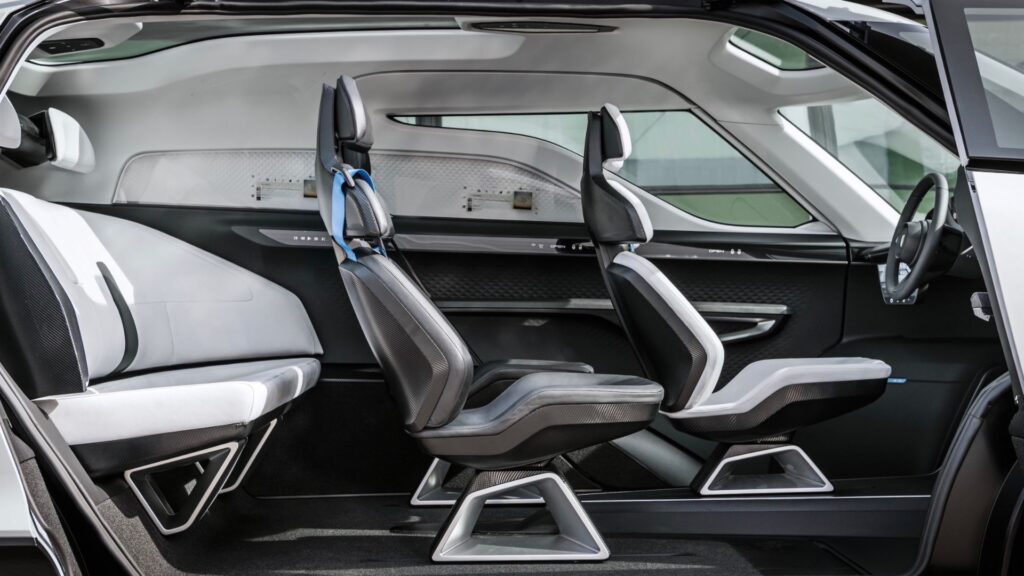