Bentley Mulliner has announced it is celebrating its 1,000th bespoke commission since forming a dedicated design team in 2014, following an increased demand from customers for bespoke vehicles.

The 1000th bespoke project consists of two specific interior requirements, commissioned by a European customer seeking to personalize their Bentley Bentayga. The first request was the application of an Olive Ash veneer, a material associated with the heritage of Mulsanne, while the second, was to create a contrast twin stitch in the upper areas of the seats and door trims to add contrast.

The first project for the department was a limited edition run of 15 Flying Spur Serenity vehicles, with a focus on increasing passenger comfort. The team carried out revisions to the seats and headrests, with a unique diamond quilting added throughout the interior.

Upon reaching the milestone, the Mulliner Design team shared some of its favorite previous work, such as jetfighter-inspired Continentals and a Bentayga that had different interior trims on the driver and passenger sides. Since 2014 the team, consisting of designers and digital artists, has carried out an array of completely coach-built projects, global commissions and race car designs.

Due to the low-volume nature of Mulliner’s work, the design team is allowed additional freedoms when working alongside Bentley on developing new ideas or concepts that would not work for series production models. An example of this would be Mulliner’s stone veneers, which are sourced in small quantities and require an extremely time-consuming, delicate and difficult process to shape and finish a sheet of stone that measures less than a millimeter in thickness.

“The scope of what’s achievable with a standard production Bentley has now been brought to life by the team through the use of the dedicated Mulliner visualizer, which allows our customers to choose the color and trim specifications of their cars with real-time photorealistic visualization of the result. The co-creation process with Mulliner designers is now available to everyone.”

Commissions have included unique veneers, some of which featured bespoke inlays, vibrant leather color combinations and individually designed color splits. Alongside this, a wide array of custom-created and fully bespoke stitching and embroidery has featured, with personalized treadplates also made a reality. Even different materials have been utilized such as customer-specific tweed designs, stone veneers instead of wood, and small artefacts from the luxury car maker’s past. 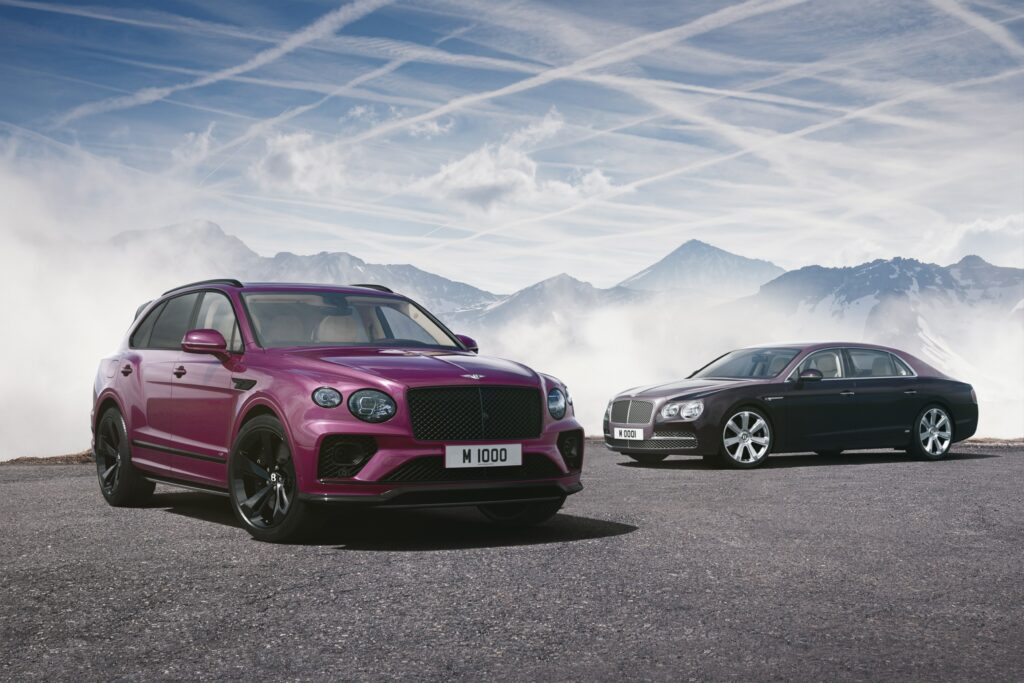