You are at:Home»Opinion»How digital touchpoints can put automotive brands back in the driving seat

We’re witnessing one of the most interesting transitionary periods in the automotive industry’s history. Not only has the shift toward green technology helped grow electric car technology but the continued advancement in machine learning is making entirely autonomous vehicles a genuine reality. Indeed, both of these advancements pave the way for the reimagining of the in-car experience, freeing up interior space for screens and digital interfaces.

With this change in the passenger-car dynamic, there’s an opportunity for brands to move away from the visceral or haptic responses that have historically differentiated them from their competition. Instead, they can take advantage of the transition toward electric, digitally enabled cars by building a brand identity for the future. Manufacturers can craft original designs and digital features for users to interact with, offering a range of digital services and experiences for passengers to access.

The implications of new technology

This period of transition can be measured with the six levels of autonomy. Ranked from 0 to 5, each stage describes a new era: 0 describes a vehicle with no autonomy and 5 represents full automation. The digital and autonomous capabilities already possible in Tesla, for example, likely place us at around Level 2 with Level 3 fast approaching.

But it’s more than changes in technology – the automotive business model is adapting too. Instead of a market dominated by private car ownership, rented features will increasingly become the norm. For example, BMW recently caused controversy by announcing that its heated seats will now be accessed via a monthly subscription in the UK. Furthermore, Tesla offers its Full Self Driving Mode as a subscription option to users who want to pay less for their cars upfront.

This new approach to business modeling is largely due to a shift toward electric engines, which are both simpler and less likely to fail when compared with complex combustion engines. With this shift comes a greater lifespan and an arguably smaller second-hand trading market. To monetize long term, automotive companies can tap into the digital capabilities of modern vehicles, providing software or hardware upgrades to extend features and utility as user expectations change. The subscription model may be the future.

The difficulty for automotive brands comes in differentiation – what makes each experience unique when all visceral driving signals are removed?

As high-tech cars and autonomous vehicles become key features on our roads, the ways consumers interact with vehicles will change forever. The visceral signals that once differentiated brands, such as the feel of ignition, the wheel and the engine, will no longer be key features – instead, signals unrelated to driving will grow.

While the ability to turn on physical elements will certainly be a part of this future, digital user interfaces offer a unique opportunity. Screen-based interactivity is much easier to install within electric cars, which can be built to receive regular updates and new services. Many of the same features as other connected devices, such as UI design, lighting design and customizability, can be applied successfully.

Because we’re still some way off Level 5 on the scale of autonomy, this next stage marks an exciting opportunity for car brands to discover and build a brand identity that taps into these new digital features. For example, while drivers will still be required at some level, the next level of automation will free the driver from continuous attention. In addition, non-driving passengers have the free attention to experience digital features, such as screen-based entertainment, interactive user interfaces and mood-changing devices in their entirety. These passengers will quickly discover how useful each feature is while in transit.

Passengers could even take these experiences with them into different cars by signing in, even connecting to services such as virtual shopping. Of course, many of these features could be turned on or off using subscription models, allowing users to limit or expand their in-car experiences for a price. 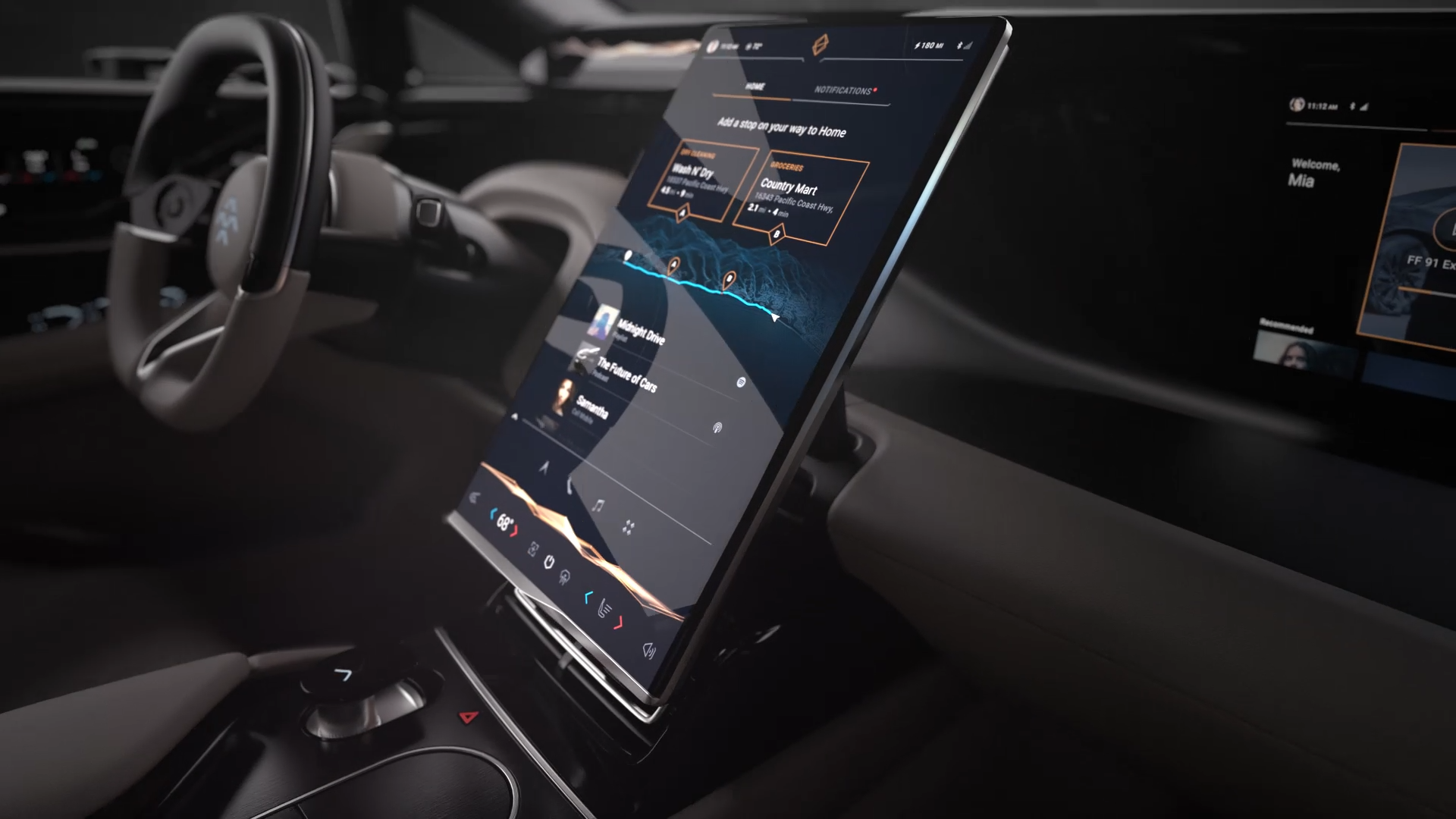 The technological possibilities found in cars are exciting and there’s no shortage of futuristic visions for the future of transportation. The good news? Many of the in-car experiences mentioned above are entirely possible. In fact, the real difficulty may be found in generating a brand identity to package them.

It’s all very well having software-driven experiences that enable passengers to personalize their transportation, but this doesn’t help car manufacturers differentiate themselves from their competitors. Indeed, without a unique brand identity, enticing users to upgrade and pay for subscription-based services is problematic. This is why the next stage of car technology – Level 3 on the automation scale – offers such a unique opportunity to discover true differentiation.

Much of this will come down to UI (user interface) design. Like the difference between an Apple computer and a PC, or between Amazon Streaming and Netflix, the presentation, controls and overall user experience of each make a huge difference when it comes to consumer choice. Similarly, these new car interfaces will need these differentiations. If safety is a key USP (unique selling proposition), this can be elevated in the hierarchy of user experience and UI; likewise, luxury brands can depict a high-end aesthetic.

Certain choices may be regional – Scandinavian vehicles could be minimalist and German vehicles could be technically proficient, for example. These are all valid differentiating factors that can be woven into the UI design, separating different cars from their competitors.

However, for car manufacturers to effectively apply these visual signals to cars in the next five to 10 years, they may need assistance from professionals already immersed in the technology. Creative agencies in motion design have begun working with real-time, virtual production technologies that place post-production techniques earlier in the creative process. Essentially, the software that produces realistic visual effects and animations seen in cinema is now available on-set to be edited.

This is due to the development of improved real-time game engines that can now produce highly detailed motion graphics at speed. It’s essentially the same technology that will power the next generation of entirely digital user interfaces. Once ready, the future really will be within touching distance. Not to mention, these same artists are working on movies that are helping to envision how these futuristic interfaces may appear.

This has been happening for decades – In Goldfinger (1964), Sean Connery’s James Bond uses a GPS navigation system in his Aston Martin, something entirely novel to audiences at the time. More recently, Apple TV’s Swan Song envisioned a near-future with AR (augmented reality) contact lenses, allowing the user to interact with 3D user interfaces. The films we see today are providing a visual representation of a potential reality.

Part of a motion designer’s job is to create a fictional technology that feels authentic within the universe the movie is depicting. This means integrating the character’s personality, era, setting and function seamlessly into one. In other words, designers are visually translating the film’s USP. If automotive brands begin working with these same creative agencies now, they can achieve the same level of unique design seen in cinema. They can build an identity and roadmap toward a truly autonomous car experience that is as memorable as the most enticing Hollywood movie. It’s time for the combination of creativity and technology to reshape our roads. 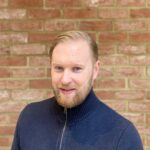 Hailing from design and branding consultancies in London, Anthony is passionate about building design systems that add long-term value for all stakeholders. His work has won multiple awards (Red Dot, IDSA, iF) on a variety of projects, from consumer electronics to heavy industrial equipment. He has built extensive expertise in digital user experience, strategy, service design and research. Anthony provided design leadership for multiple mobility and automotive OEMs on research-led digital integration and implementation strategies, for clients including Jaguar Land Rover, Faraday Future, Hyundai, Fisker and Toyota. Currently, he is the UX director at Territory Studio in San Francisco, USA, working on projects across digital products.