You are at:Home»News»Concepts»Lexus creates a bespoke interior concept for online gamers

Lexus has unveiled what it is calling the Gamers’ IS, which it says is the first vehicle designed by and for the Twitch online game streaming community. In a livestream last month, more than 554,000 unique viewers watched and weighed in on their favorite features, and voted to decide the car’s final form. Lexus then worked with fabrication specialist SCPS in Los Angeles to realize the design.

More than half (55%) of Twitch voters selected a ‘Neon Tokyo’ style for the interior, featuring an electrified, Japanese pop art aesthetic. The ceiling of the cabin is fitted out with a clear layer of acrylic embedded with resin ‘raindrops’, backlit with programmable RGB LED lights, which give the effect of driving under the lights of downtown Tokyo at night in a light rain. Behind the rear seats, LED panels project programmable content onto the rear window, creating an animated backdrop.

A custom-built gaming PC is installed in the vehicle’s trunk within a bespoke housing, again highlighted by programmable RGB LEDs. A fog machine and automated RGB lasers were also installed for maximum effect.

In the passenger seating area is a fully integrated gaming system complete with haptic feedback in the seat and a high-definition, fully positional curved monitor. The curved monitor was chosen over a flat one by nearly two-thirds (64%) of voters. The system features a retractable keyboard and mouse platform, and a 3D-printed game controller.

Walker Jacobs, chief revenue officer at Twitch, said, “Lexus has effectively leaned into the community and connectivity that define Twitch. Our viewers crave being a part of the action, and through this collaboration, we were able to create a truly immersive experience that celebrates their passion for gaming. The result is a first-of-its-kind gaming vehicle. Bravo, Lexus!” 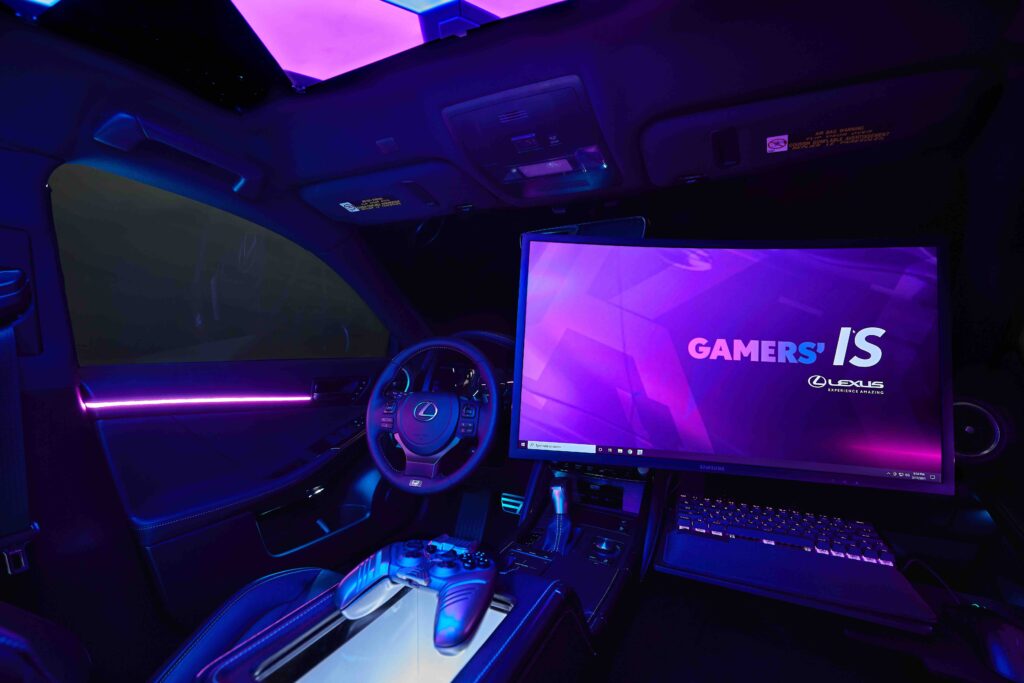