Lucid Group is finalizing the vehicle design and specifications for its luxury electric SUV Gravity.

With the Lucid Space Concept employed with maximum effect, Gravity can serve nearly any lifestyle or need, offering flexible seating configurations for five, six or seven adults, in two- and three-row seating configurations. It will also feature glass cockpit high-resolution displays, powered by an intuitive Lucid UX software interface. The vehicle’s design is being developed in parallel with continuing the expansion of Lucid’s AMP-1 factory in Casa Grande, Arizona.

Gravity will be launched in 2024, with reservations opening in early 2023. According to the company, Gravity will build upon Lucid’s DNA of luxury, spaciousness, performance and efficiency, setting itself apart from the competition with a previously unattainable combination of supercar performance and seating for up to seven adults.

Peter Rawlinson, CEO and chief technical officer of Lucid Group, said, “Gravity builds upon everything we have achieved thus far, driving further advancements of our in-house technology to create a luxury performance SUV like none other. Just as Lucid Air redefined the sedan category, so too will Gravity impact the world of luxury SUVs, setting new benchmarks across the board.”

Derek Jenkins, senior vice president of design at Lucid Group, said, “I’m so thrilled with the results we are seeing with Lucid Gravity, sparing no opportunity to build on everything we learned with Lucid Air to create something that warps the vehicle-class continuum. It is both a supercar in disguise and an SUV with flexible passenger and cargo space that seems impossibly big relative to the exterior size of the vehicle. And it does this all with Lucid’s distinctive post-luxury design, inspired by California.” 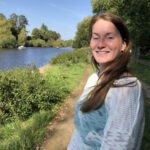 As the latest addition to the UKi Media & Events team, Elizabeth brings research skills from her English degree to her keen interest in the meteorological and transportation industries. Having taken the lead in student and startup publications, she has gained experience in editing online and print titles on a wide variety of topics. In her current role as Editorial Assistant, Elizabeth will create new and topical content on the pioneering technologies in transportation, logistics and meteorology.